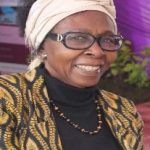 Dr. Eddah Gachukia was Educated at Makerere, Leeds and Nairobi Universities. From 1974 to 1983, she served as a nominated Member of Parliament representing women’s interests. She also provided leadership of the National Council of Women of Kenya, Maendeleo Ya Wanawake Organization and the Collaborative Centre for Gender and Development. She played leadership roles in the U.N Conferences on Women: Mexico (1975), Copenhagen (1979), Nairobi (1985) and Beijing (1995), representing Kenya and Africa.

Dr. Gachukia has a passion for education and particularly girls’ education. She was the Founding Executive Director of the Forum for African Women Educationalists (1993-1999). FAWE has received several Awards and Honours for its contribution to female education in Africa and continues to impact on education generally and to the education of girls and women through the National Chapters and other partners.

Eddah served as a consultant on education to several agencies involved in advancing education in Africa including UNICEF, NORAD, UNESCO, and the World Bank. She served on many Education Management Boards including Kenya Science Teachers’ College, Alliance Girls’, State House Girls’, Kenya High School and Senior Chief Koinange High School. She is a Founding Trustee of the Starehe Girls’ Centre which addresses the education needs of bright but disadvantaged girls.

Eddah, together with her family, manages The Riara Group of Schools, which incorporate Kindergarten, Primary, a Girls’ High School as the Academic Director.

Dr. Gachukia is also Vice-Chair of The Riara University Governing Council. Established by the Riara Group of Schools in 2012, the Riara University is designed to be the University of Choice with the goal of nurturing innovators. Jointly with her husband, Daniel Gachukia, they have sponsored Kaburugi Community High School in Kandara since 2004. They provided the buildings and all learning facilities while the community provides the management and some of the teachers.