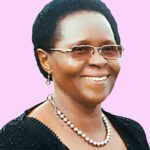 Professor Joy Constance Kwesiga is an experienced academician, university administrator, social development analyst and a renowned gender and women’s rights advocate. She has had the enviable privilege of combining academic pursuits with women’s rights activism.

She has been a Professor of Gender Studies and the Vice Chancellor of Kabale University since November 2005 to-date. She oversaw the transformation of Kabale University from a private community owned university to a public University. Previously, Professor Kwesiga served as Head of the Department of Women and Gender Studies at Makerere University, and later became the Dean of the Faculty of Social Sciences at the same institution.   Professor Kwesiga is the founding Head of the Gender Mainstreaming Division – a non-academic unit whose goal is to make Makerere University an-all-inclusive institution.

Joy Kwesiga has served on many education and research bodies, including the Ibadan-based International Institute for Tropical Agriculture (IITA).  She currently represents Uganda on the FAWE Africa Board. She is a Vice Chairperson of the Executive Committee of the Inter University Council for East Africa (IUCEA), member of the Uganda National Council for Higher Education (NCHE), and the Uganda Vice Chancellors’ Forum (UVCF), where she has previously served as Vice Chairperson. She is a Fellow of the Uganda Academy of Sciences.

Professor Kwesiga has a B.A. from the University of East Africa, a first-class postgraduate diploma in Public Administration (Institute of Public Administration-IPA Uganda), a Master’s degree in Higher and Further Education (London) and a Ph.D in Education and Gender (London). She has widely researched about the Ugandan society, and has published on education, gender studies, leadership, and the African Women’s Movement.

Joy Kwesiga has won many awards in recognition of her work, focusing on equity in education, promotion of girls’ education, empowerment of women, leadership and integrity.