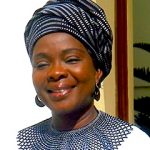 Professor Fatou Sarr Sow is Senior Lecturer at IFAN – University Cheikh Anta Diop, Dakar, where she directs the Gender and Scientific Research Laboratory that she created in 2004. Before joining the Sheikh Anta Diop University of Dakar in 1999, she was a teacher at the University Faculty of Our Lady of Peace in Namur, Belgium, and at the National School of Social Workers in Dakar.

She holds a Ph.D. in Anthropology and Sociology of Politics from Paris VIII University, a Ph.D. in Social Work / Social Policies from Laval University, a DEA in Environmental Sciences. University of Dakar and a Master’s Degree in Development Economics from Aix Marseille II Faculties.

Prof. Sow is the author of several books and articles including Women’s Entrepreneurship and the Transformation of Power Relations in Senegal and Women’s Political Struggles and Resistance in Africa. She has conducted many research in Senegal and in the sub-region.

She is a Knight of the National Order of the Lion. She was nominated as a leading educator in 2008 by FAWE, a title awarded to only ten women educators who contribute to the promotion of education in Africa.